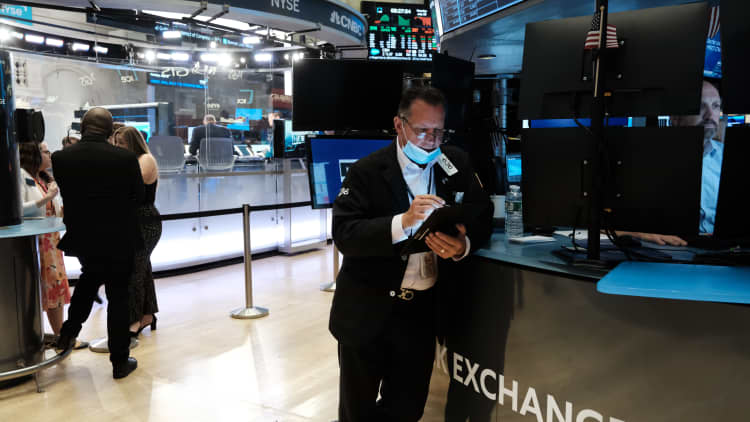 Stock futures rose Monday as Wall Street looks ahead to key inflation data to be released this week.

The moves came after a winning week for U.S. stocks, as all three major averages snapped a three-week losing streak. The Dow added 2.6% on the week, while the S&P 500 gained 3.7%. The Nasdaq Composite was 4.1% higher.

Stocks have been volatile ahead of the September meeting of the Federal Reserve, where the central bank is expected to deliver its third consecutive 0.75 percentage point rate hike in an effort to combat high inflation.

Wall Street investors had been looking for signs that the size of future rate hikes might be smaller as inflation cools off, Fed Chair Jerome Powell last week reiterated that he is “strongly committed” to bringing down inflation.

“We see the relief in equity prices and the recent broad Dollar correction continue into the week, as markets eye short-term peak central bank hawkishness and positioning is relatively defensive,” Citi strategist Ebrahim Rahbari said in a note to clients.

This week, investors are looking ahead to the August consumer price index report, scheduled to be released Tuesday. The report is one of the last pieces of data on inflation the Fed will see ahead of its September meeting. Retail sales and industrial production reports will be released Thursday.